As I type, the rain is beating against the windows and the wind is howling its displeasure in every nook it finds. There is something comforting about being inside, with the crackle of the fire and the glow of the computer screen, but still a bigger part of me is yearning for the simplicity of the temperate outdoors – or more specifically, for a yurt in Lanzarote.

We had the most glorious holiday there, last week. I feel almost guilty for having had such a lovely escape at a time when the world was plunging into new depths of disastrousness, but it really was the perfect place to be. Beachfront tapas, good wine, fervent discussion under the stars.

We cooked up this plan as the summer in the UK drew to a close with one of my oldest, bestest friends and her family. They are currently living in a yurt, and I was eager to show them the yurtastic idyll that is Lanzarote Retreats. We’ve been there already once this year, but it has been such a year that Easter feels like forever ago. And besides, to launch into this adventure with friends was a whole new level of awesome.

Emily’s oldest daughter is mere weeks younger than him, and over the past few years, during sleepovers and festivals, they have formed a quiet bond. Her youngest is now old enough to be a proper little person, and the three of them, during our week of adventures, became thick as thieves.

There is something lovely about watching children come together when they are faced with experiences that are new and unusual, watching them make sense of the spectacular windows on the world that travelling affords.

These three embraced the adventures they were offered in parallel, bouncing their interpretations off each other and finding solace from the strange in the familiarity of friendship.

And that friendship was built in lego bricks, in early mornings and stolen moments back at the camp. Arthur brought with him a little stash, one which he swore on the plane on the way over that he would not share. That didn’t last long, though.

Holidaying with friends is not something I have done often, but it is something I really hope to do again – soon. Especially with these ones.

I am always proud of Arthur’s ability to play alone, but it was wonderful to watch him create a world with these girls. In the closing hours of our commune he had begun to refer to them as his sisters. I don’t think that relationship will be lost, somehow. Though I wish our respective homes were not quite so far away.

The whole experience really made me think about community, and socialisation, and how we are going to create that without the status quo of school. We need to find the people near us who will make us glow like these friends do. But whilst we’re working that out the nourishment this magical break gave our souls should last for a good while yet. 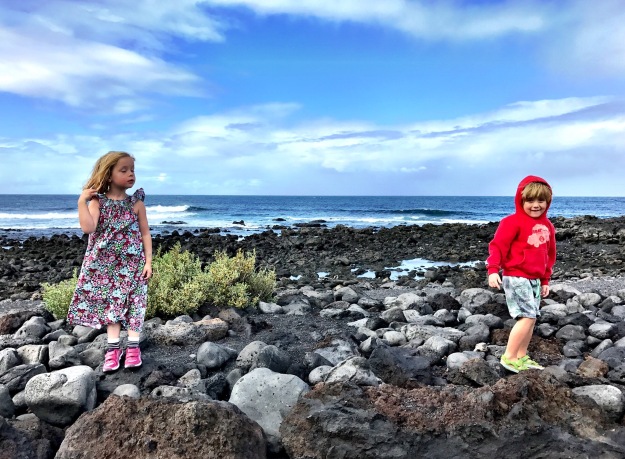 1 thought on “Adventures in friendship”