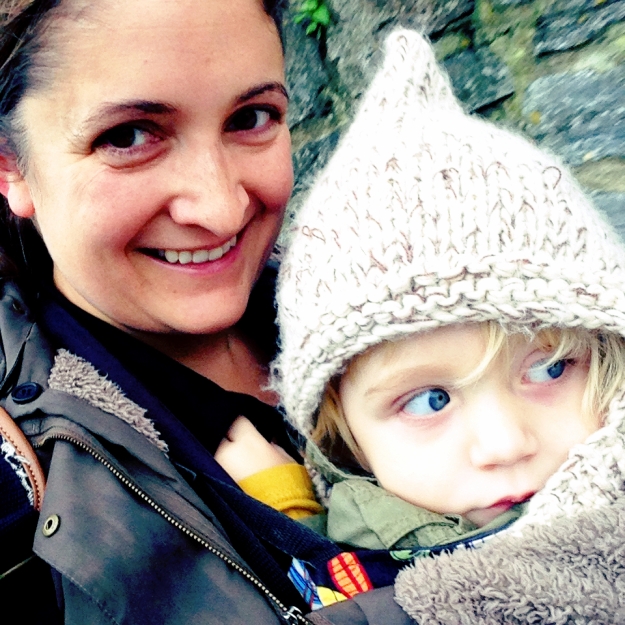 Just as I was thinking I was ahead of the game with my blogging this week Renee over at Mummy Tries goes and tags me in a meme… That’s ok though – have you seen the weather out there?!

Here are my answers to Renee’s questions whilst I try to work out what information I’m going to wheedle out of my chosen targets:

Where was your first holiday sans parents?

I went to Malaga in Spain when I was about twelve I think to stay with one of my school friends who’d moved out there. I remember being given special treatment on the plane as an ‘unaccompanied minor’, and being ridiculously jealous when I got there that Sarah had a pool. We lost touch not long after that. I often wonder what she’s up to now.

How old were you when you had your first kiss?

I would have been about the same age I think. I went to the cinema with a boy whose name completely escapes me, but who looked a lot like Chesney Hawkes. He was shorter than me too, so it didn’t last long.

What are your all-time favourite starter, main and dessert?

This is a tricky one, as my favourite food is Vietnamese or sushi and that all kind of comes together. But if I’m at a starter-main-desert kind of restaurant then… Maybe scallops? Followed by a really nice rare steak? Then tiramisu. Or maybe eton mess. Though with my nut allergy there are very few places I trust to serve me dessert.

What are your thoughts on climate change?

I think it’s a bit of a no-brainer that we’ve been mistreating our planet terribly over the past couple of centuries. I get that the world’s climate goes in cycles, so not every shift in temperature is necessarily to do with us, but with the amount of rubbish we’ve been pumping into the atmosphere I think we’d be terribly naive to think we weren’t having an impact. What to do about it is a whole other issue. I think the Western world has a huge responsibility to clean up its act, but when there are other huge nations at a different stage in their development it doesn’t exactly seem fair to say they’re not allowed to follow a similar trajectory to us. It’s all very complex and I could go on, but I think I’ll leave it at that.

Yes. Probably too much to be honest. I think self-refelction is absolutely vital and can be an incredibly powerful tool – I used to drive kids mad with it when I was teaching. But if it’s allowed to go unchecked then I think it can become unconstructive – my mind just doesn’t stop sometimes and I’m not sure that’s entirely healthy!

I have to admit an ignorant indifference. I was too busy reading Stephen King and John Grisham when I was a teenager and have never actually picked up an Adrian Mole book…

Tell us three things about yourself you usually do not share!

There’s actually not all that much I don’t share, especially since starting this blog! Though whilst it was one of the first things I blogged about, I’m often reluctant to admit I went to private school when I meet people, as I feel like they’ll judge me because of it – especially since it’s so contrary to my politics. I have a guilty addiction to Casualty and Holby City that I very rarely talk about. And increasingly, depending on who I’m talking to, I’m becoming nervous to admit that I’m still breastfeeding my almost two year old. Which is bonkers really because it’s a personal decision that I’m very happy and proud about!

So there you go. Thank you, Renee, for the tag – it’s always actually quite fun doing these things, and your questions have definitely got things out of me I haven’t written about elsewhere…

I would like to invite the following lovely bloggers to answer my seven questions which are listed below:

Jocelyn at The Reading Residence

Hannah at Make, Do and Push!

And those questions are:

Where in the world would you most like to be right now?

What do you love most about having your blog?

Who is the person that you most admire?

What keeps you awake at night?

What is your all-time favourite breakfast?

Which song makes you smile every time you hear it?

If you could go back and give one piece of advice to your fifteen year old self, what would it be?

And now it’s over to you!