For once, this isn’t actually a blog post about the struggle to focus on the novel in the midst of everything else that’s going on in my world. That is still (and will ever be) a challenge, though the early mornings are definitely keeping things ticking over.

My latest issue, though, is keeping my focus where it should be within the novel writing process itself. Since I’ve jumped almost twenty years into the future, picking up with my teenage protagonist as she navigates her way through adult life, I’m finding my mind increasingly drifting towards structure. 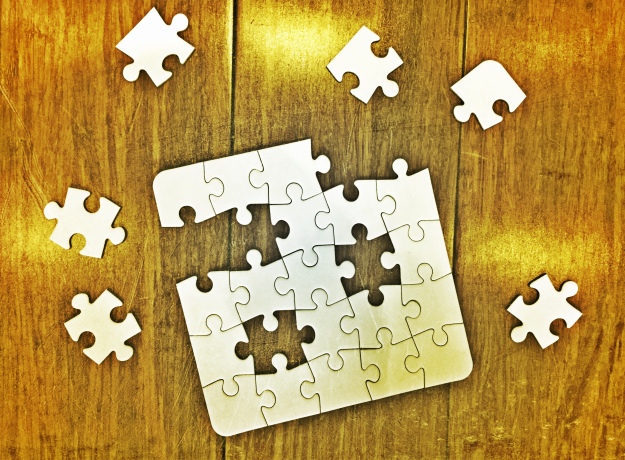 I think it’s partly because, 75,000 words in, I can begin to taste what the novel might be like in its finished form. It is still a long way off that – far more than either of my first two novels I have really let myself be liberated by the first draft, and I know what I’ve ended up with is much rougher around the edges. Still, though, I’m finding it hard not to project a response onto future readers, trying to imagine how satisfied they will be with how I’ve told the story, how much they will empathise with my protagonist both now and in her past.

And actually, ultimately, what is seeping in at the corners of my mind are those questions about how exactly am I going to tell this story.

I’ve written it chronologically, starting when my main character was ten and peeking into every summer until she was sixteen, and everything began to come tumbling down. There’s loads I’ve left out – some I’ve alluded to in dialogue, some that is there in an exchange of letters. And then of course there’s a whole seventeen years that’s missing between the two different phases of life the novel covers. The bulk of the story happens – and is told – in the past, but the ‘present’ is vital to understanding its significance.

I always imagined that I would structure the final narrative in a way which travelled between those two phases, and that is still my goal. I told myself just to get the story down first, and to worry about that particular (albeit major) detail later. And that is ultimately still what I’m trying to do. But it’s so odd writing something when you’re not entirely sure what your reader already knows at that point – or what they don’t. So hard to think about building suspense when you know that you might already – intentionally – have given the game away.

I’m not expecting any answers here. It’s an interesting process, and one which I think I just need to hold my course on if I’m going to be able to find out whether it will work. There are a handful of key scenes that remain to be written, and once I’ve done that the solutions may well emerge all by themselves. Even if they don’t, I’m quite looking forward to the jigsaw puzzle challenge that the next phase of this novel looks likely to present.

I just need to make sure that I have all of the pieces on the table first before I try to see the bigger picture.

I feel like I’m walking a tightrope with this edit at the moment. I’ve mastered the juggling, just about, and am pleased with the pace of progress I’m maintaining. But as I get deep into the novel again I’m realising just how tricksy my main character is – and the considerable challenge I’ve set myself to take you, the reader, with me on her journey.

I’m finding myself wondering just how far I can go with Grace before I lose you… Her mental health is fragile from the start, although she’s becoming a little less insular – a little easier to relate to. Her disintegration, though, is crucial to the plot. It is linked to her own substance abuse, and the man who takes advantage of this and her, and his own narcissistic tendencies, and how that makes her question her perception of reality. And that’s just the start of it – but I don’t want to give too much away.

Not only do I want you to care about Grace, I want you to literally come with her on her journey – to question things as she does, and ultimately to question her. To doubt her, but without fearing that she (or I) have purposefully misled you in any way.

I’m focusing on the end goal, the solid ground of another completed edit, but each step I take towards it needs to be made carefully, gingerly – just one foot after the other. And I can’t look down, otherwise I might lose my nerve altogether.

In the earlier stages of working on this novel the worry was that Grace wasn’t likeable enough. I’m not so worried about that now, but I do want to make sure that you believe in her. And it’s that process I’m finding fascinating at the moment: how, as a writer, we carve out a version of reality that appears to be true.

It’s not as simple as just telling the truth. The truth is often dull, or off-putting, or just plain difficult to believe – particularly where depression and anxiety and psychosis are concerned. My job is to create something that is truer than true: that captures an essence of reality that many different readers will relate to whilst at the same time preserving Grace’s uniqueness and humanity.

And in doing this, I’m not just walking a tightrope – I’m dancing on it. Each word, each step, is part of a complex routine that feels clumsy at first but will appear increasingly seamless, even effortless, the more I immerse myself within it.

I’ve never thought of writing a novel in quite these terms before, but it makes a strange kind of sense. The end result needs to be a performance that will play out flawlessly in the reader’s mind. I am no stranger to performing – be it a sequence of moves on a trampoline or bringing a character to life on the stage, you may begin with a clear idea of what you want to achieve but it is only through practise, through gruelling rehearsals, that you begin to get close.

And that is where I’m at right now, twirling the words around on a tightrope in the sky, waiting for the moment when they are finally ready to present to the world. And whatever happens I won’t look down until I get there.