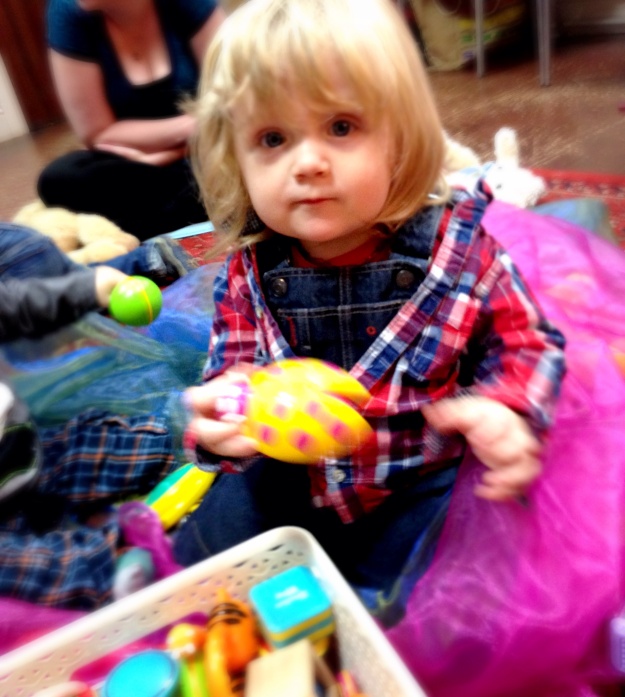 Today was an important day for Arthur as it marked his first graduation. After Easter we will be not be going back to Jolly Babies, the brilliant music group we’ve enjoyed since he was only twelve weeks old: instead he will be taking his place in Music with Mummy.

We’ve both really loved this group, held in the beautiful setting of Lupton House on the outskirts of Brixham. It was one of the very first groups we started going to regularly, and through it we have made some firm friends. It’s run by Carol, who with her boundless energy has seen me through many a sleep deprived haze. She manages to keep the atmosphere relaxed whilst still getting through lots of musical activities – no mean feat whilst juggling tiny babies, newly mobile toddlers and gossiping mums.

Together we’ve sung old favourites and learnt new songs, all with appropriate actions. Arthur’s favourite seems to be Wind the Bobbin Up – I’ll catch him randomly doing the arm movements around the house, and suspect they’ll be making their way into his disco dancing moves for years to come…

Through the classes Arthur has discovered a whole range of percussion instruments, which he is just beginning to progress from tasting to exploring in a more suitably rhythmic way. He saw his first bubbles there, and it’s always been a highlight when the bubble machine has come out at the end of each term. 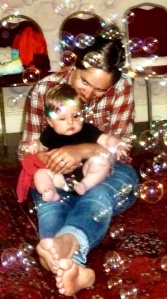 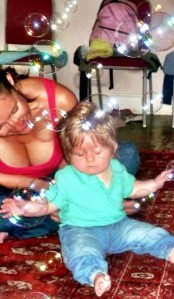 Arthur first learnt to play ball through one of Carol’s songs too, and has really enjoyed the range of cuddly creatures she incorporates. In fact he’s developed a bit of a reputation as a bear thief… 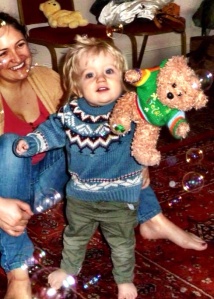 I don’t think it’s a coincidence that bubble, ball and bear were amongst Arthur’s first words, but that’s not all he’s learnt. The classes have helped him become more confident, to enjoy mixing with other babies and their parents. And also to help to nurture a clear love of music that I feel sure will continue to grow. 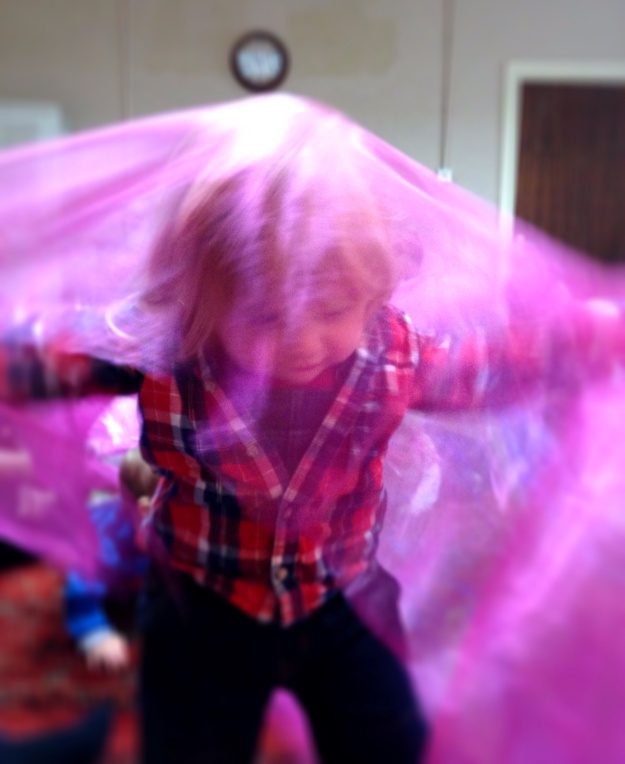 Although our next class will still be with Carol, in the same building, and will reunite us with friends who have already graduated, a big part of me is sad to be leaving Jolly Babies behind. It’s been such a big part of Arthur’s development so far, and the fact we’re moving on just serves to remind me how crazily fast my baby is growing up! I’m sure Music with Mummy will be fab too though – look out for more updates when we’re settled.

Thank you to Carol for the pictures charting Arthur’s journey in Jolly Babies.