Browsing through the education news this week, I came across this article. It reports on a study which seems to show that young people in the UK are being held back because their parents believe that their failure is inevitable – if they are not ‘born bright’, then no amount of hard work is going to change their futures.

This study has strong echoes of the beliefs of Dominic Cummings, a former special adviser to Gove who sparked outrage when he claimed that the fate of young people is determined by their genes, with neither them nor anyone else having the power to change that.

As a teacher, this notion certainly does not ring true for me – though there is no denying it permeates the attitudes of a good proportion of young people, parents and teachers alike. It was not uncommon to hear a year seven student declare they would never be any good at English for example, or a parent to respond to concerns about underachievement with the explanation that their child just wasn’t academic. Teachers too would sometimes fall into the trap of judging a new student by the prior performance of their siblings, or dismiss entire groups as unteachable. The practice of setting by ability, which in some schools begins when children are just five years old, is essentially dictating who will pass or fail – ask a pupil in a bottom set and they will rarely have much faith in their potential to succeed.

But for every young person who followed the seemingly inevitable path, leaving school at sixteen with minimal qualifications, there were others who were transformed by their time in education. The boy who at twelve was thrown out of most of his classes because of his inability to concentrate and went on to combine sixth form study with mentoring younger students who were struggling to focus. The girl who at fourteen believed she could aspire no further than vocational qualifications in childcare despite her dreams of university yet went on to complete the International Baccalaureate diploma and win a place on a degree course.

I am not saying here that academic success at school is the be all and end all – we all know stories of people who have broken the cycle of inevitability themselves, going on to build exciting careers in their adult lives despite the odds being stacked against them. But there is no denying that successfully jumping through the hoops of academic qualifications opens doors, giving people more choice over what to do with their lives rather than having their path dictated for them. 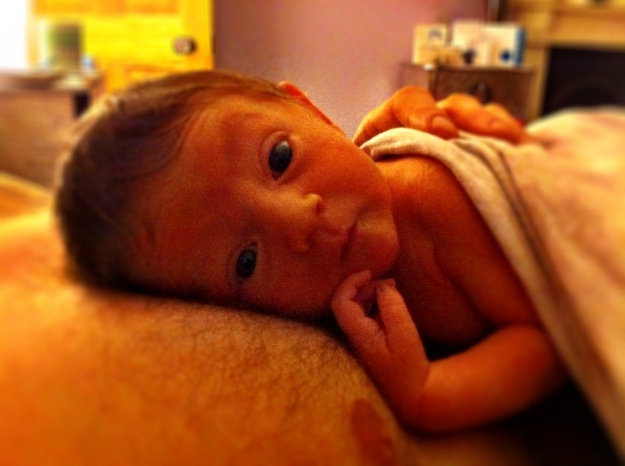 As a parent, my interest in resisting the inevitable has been revived with new vigour. I want my son to be able to be whoever and whatever he wants to be, to be happy in his choices and not to be held back by other people’s beliefs about what he is capable of. I’m sure that is the dream of all new parents – looking at that helpless bundle of newborn joy in their arms and imagining a future which is boundless and free.

And yet before long something begins to change. A girl who does not seem to take much interest in books at the age of one is destined never to be a reader. A boy of three who runs around like a whirlwind is declared unlikely to ever really be able to focus – but it’s ok because he’s a boy and that’s what boys do. As children grow up even seemingly positive statements can begin to close doors – in my family my brothers and I were labelled encouragingly as ‘the sporty one’, ‘the creative one’, ‘the academic one’ and ‘the musical one’. Actually my youngest brother chose that label for himself, not wanting to compete with what he perceived as our territories. It has served him well, though the rest of us took many years to realise that maybe we could be more than just one thing, that in fact we were all creative, sporty, musical and academic in our own ways and the choices we made in our lives could reflect that.

Of course it’s almost impossible to resist labelling to some degree, but young people are so impressionable that I think it’s vital that anyone with a stake in their upbringing empowers them to believe that their future is not inevitable. The more I watch my baby finding his place in the world the more I believe that his potential is unlimited – and the more I hope he can hold on to that belief as he follows his dreams.

Thank you to Sara at ‘Mum Turned Mom’ for inspiring this post with her prompt: ‘It was inevitable…’

10 thoughts on “Resisting the ‘inevitable’”