Another day, another playground. This time we went to the Geoplay Park in Paignton which I’ve been meaning to check out for ages. It’d been a busy day already – in the morning we’d had baby gym and mummy trampolining, followed by lunch with friends and a swim. But then in the afternoon the sun came out and, impatiently waiting for a bus to take us back to Brixham, I figured it’d be a shame not to make the most of it.

We started with a snack, Arthur perusing the playground whilst he munched on a banana overlooked by a caveman and a woolly mammoth. The park is inspired by the English Riviera’s geological history, with separate areas from toddlers to teens representing different periods in time. There were lots of new things to explore, and it wasn’t long before Arthur went diving in.

The slide was of course familiar, and Arthur enjoyed climbing through the little house to get to it. Well, the first time anyway – after that he decided walking back up the slide itself would be much more efficient!

He toyed with the idea of going through the tunnel to the massive geodesic climbing frames on the other side but decided against it. I was quite glad actually as I’m not sure I’d’ve been able to follow… 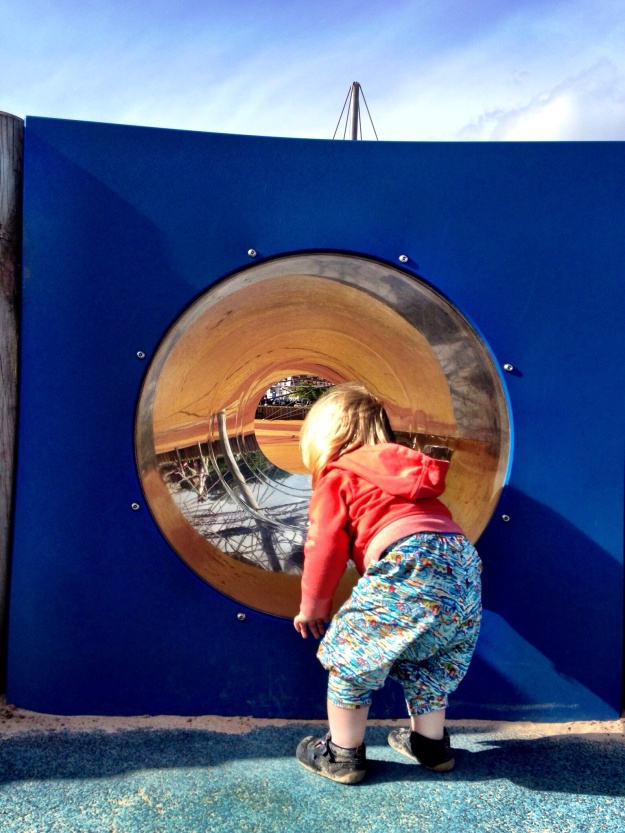 Instead he went over to the trampoline. He wasn’t quite sure what to make of it when I lifted him on, and was soon holding his hands out to be saved. I resisted though, pretty sure he’d manage to clamber off himself. He’s really into climbing at the moment and very nearly made it, but I did have to help him out at the final hurdle. 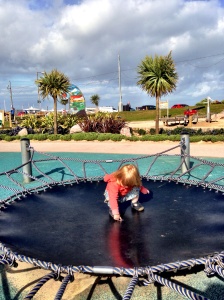 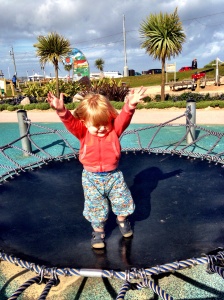 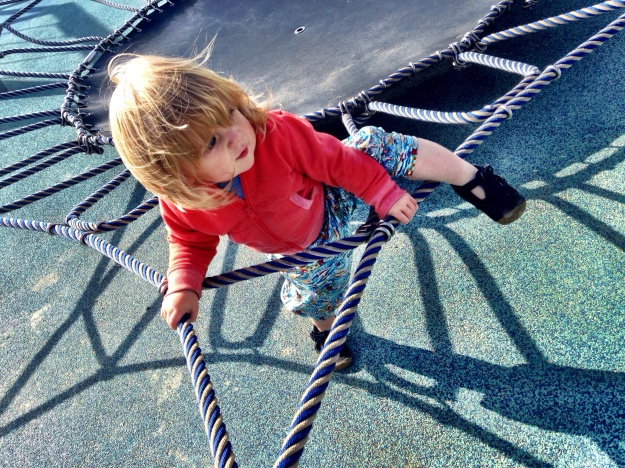 Then he noticed the sand and water play area and got properly excited. He was a little bit little to make the most of it really, beyond the obvious attraction of getting covered in both. But I think as he gets older the dams and balances and diggers will be fantastic for teaching him all sorts of physics in action as well as being good, messy fun. 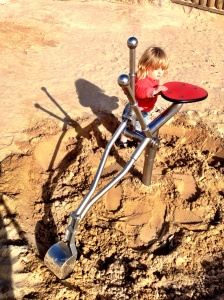 As if the day hadn’t been exciting enough, just as Arthur was beginning to get tired his dada turned up having stopped by to pick us up on his way home from work. He was over the moon to see him, and settled in for some serious daddy cuddles whilst we took a stroll along the seafront and had a drink overlooking the bay before heading home. 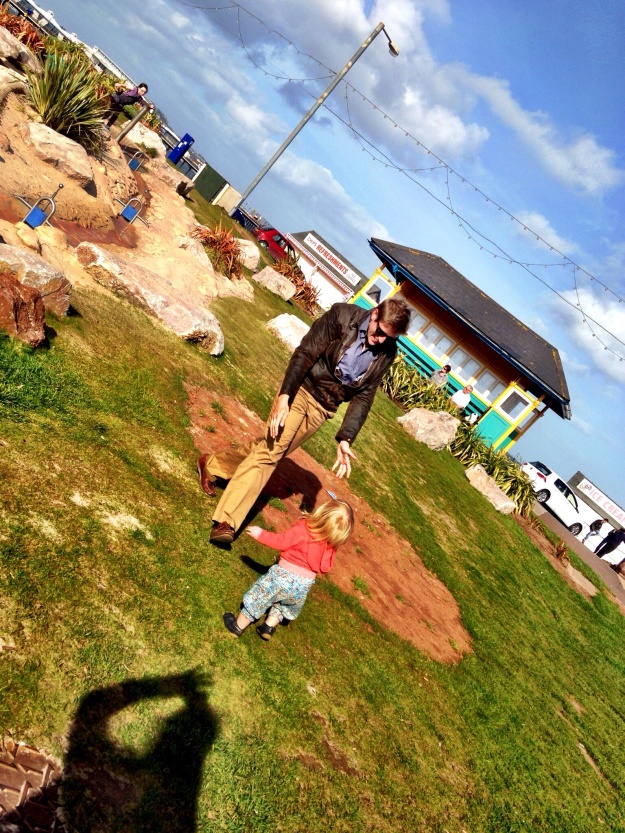 It’s days like this that make me love where we live, and I love our new playground too. We will definitely be heading back soon – and we might even make it onto the beach next time!

16 thoughts on “A playground by the sea”