As well as catching up with family and enjoying the beautiful Lizard, we managed to fit a bit of exploring into this trip to Cornwall. There are so many brilliant places to visit nearby, and one of them is Trebah Garden.

We set off from Cadgwith to Helford Village, getting the ferry across the river for a quick lunch at The Ferryboat Inn. Arthur had his usual fish and chips, particularly enjoying dipping the chips in the mushy peas – a new and vitally important skill!

We decided to take the scenic route to Trebah, walking alongside the river until we got to the tiny village of Durgan – so unspoilt and picturesque it’s like stepping back in time. It wasn’t an easy walk though, and by the time Arthur had nodded off as we followed the path up to the gardens I was certainly feeling like I’d had a bit of a workout…

When we actually stepped into Trebah, though, there was no doubt that it had been worth it. The gardens sprawl over a valley, lush vegetation lining the paths which lead back down towards the river and massive trees towering above it all. Some areas had been carefully crafted, others appeared much more wild – the overall effect was of a tropical paradise rather than an English garden. 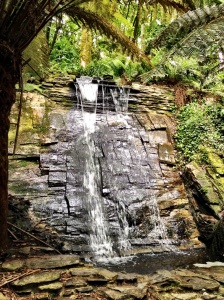 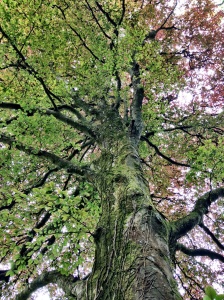 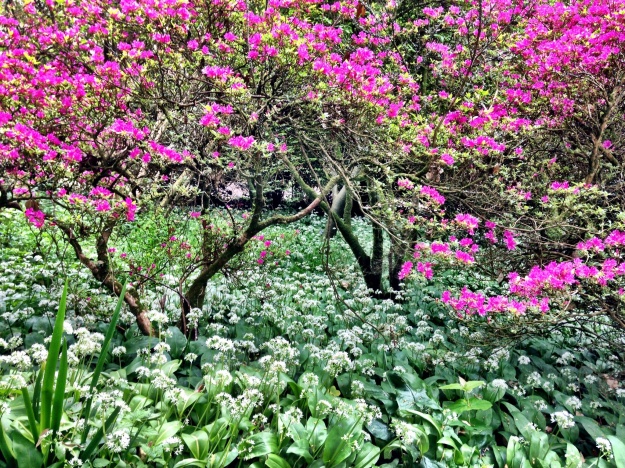 As Arthur continued his nap we were free to wander for a while, and I found myself seeking ideas for our garden at home. The flowers were so beautiful that even I, notoriously not green-fingered, couldn’t help but be inspired! 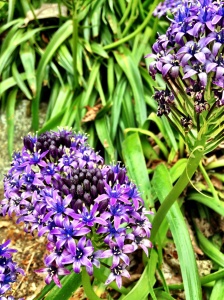 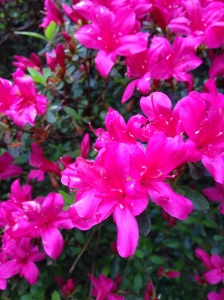 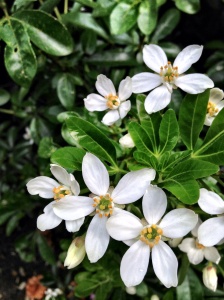 When Arthur did wake up, he was blown away by the place he found himself in. He pointed all around saying ‘Rose! Rose!’ (his universal word for ‘flower’ at the moment), and was thrilled by all the birds he could see and hear enjoying the gardens too. 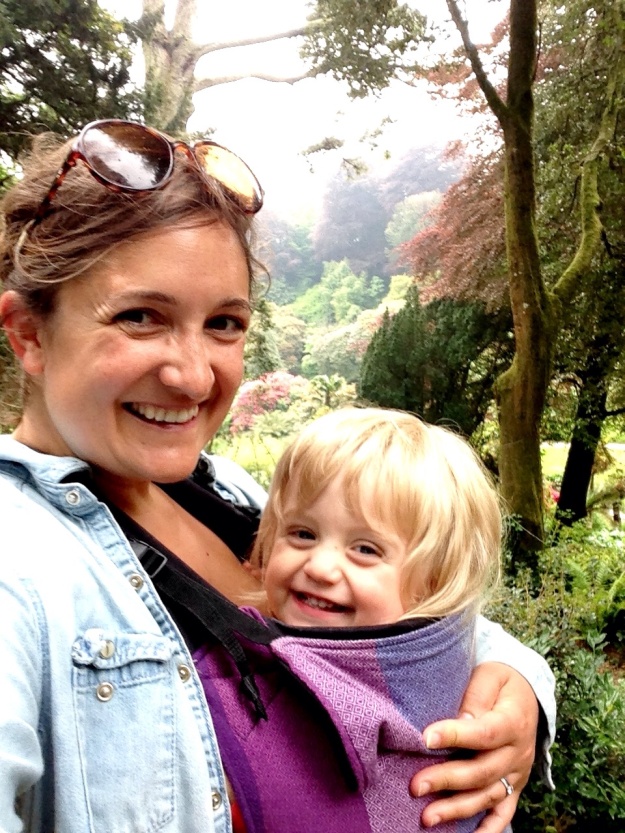 He was even more excited when our meandering took us to a little play area where he rode a horse and became the captain of a ship. He was so taken in fact by that little red wheel that I thought at one point we’d never be able to lure him away… 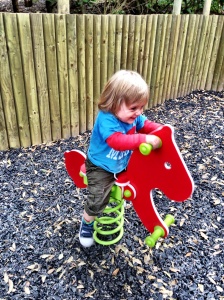 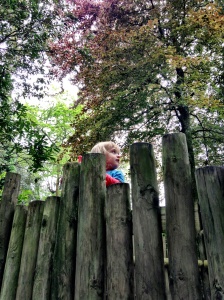 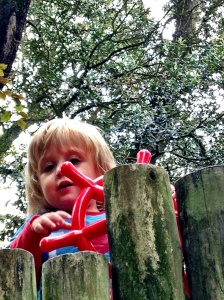 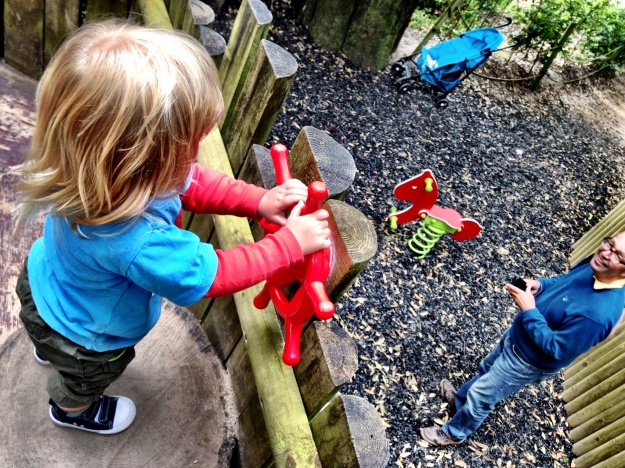 We did have to move on eventually, but fortunately Arthur’s disappointment was short lived as there was still plenty more to keep him entertained. He was fascinated by the tadpoles in the fountain pool, and when we slipped into the cafe for a much needed cup of tea he was kept busy by the toys he found there. 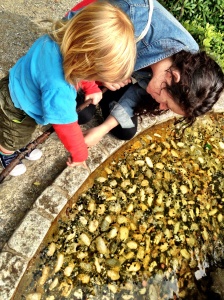 It was so lovely to find somewhere different to explore, especially somewhere that had so much for all of us to enjoy. We’ll definitely be back – I’m intrigued to see how the gardens change with the seasons – and I would very much recommend a visit if you ever find yourself in that part of Cornwall. You can find out more about it here!