Well, I say unexpected. It wasn’t entirely – as we were dashing out of the door I knew that a trip to the beach without Arthur ending up in the sea was unlikely. We were only planning on a bit of a stroll though, a blast of sea air to blow the cobwebs away and break up the monotony of a Sunday where both me and Leigh had way too much work to do.

When we got to St Mary’s Bay, a beach on the other side of Brixham that we don’t visit nearly as often as we should, Arthur was as thrilled as we were by the wide expanse of sand left by the tide. Not quite as thrilled though as he was by the prospect of running towards the waves that were gently crashing in the distance…

It soon became clear that he wasn’t going to be able to resist the lure of the water, and we stripped him down to his vest suit for a paddle. 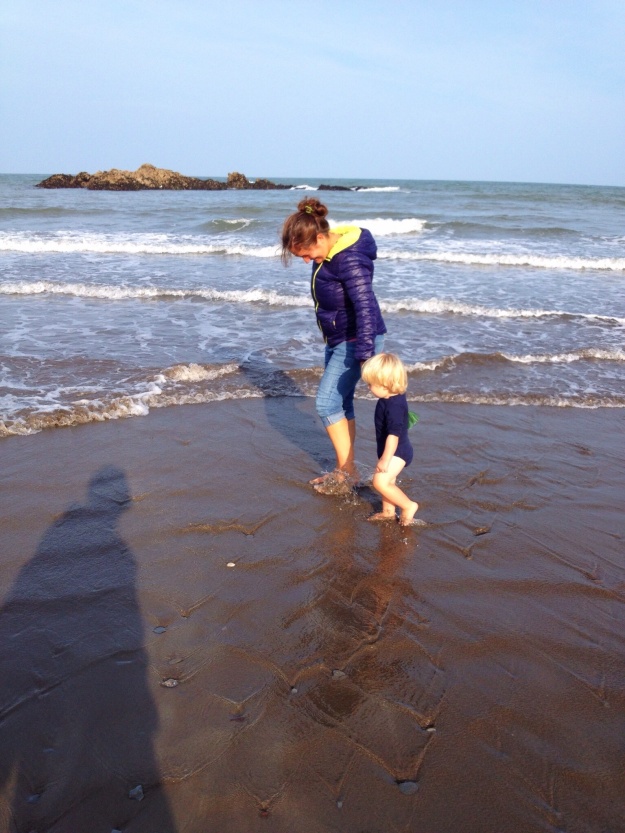 As as his enthusiasm increased I was glad of the shorts I’d slipped into the bag as an afterthought. This would have been the point at which any sensible parent would have steered the toddler to drier sand further up the beach, but I’ve never been very good at ignoring the call of the sea. 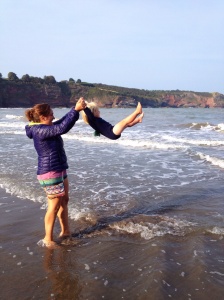 And then moments later, he was in. An errant wave, a little stumble, and Arthur was up to his neck in the water. 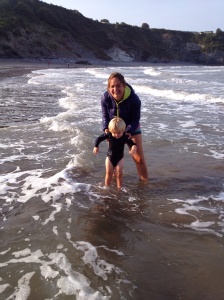 It didn’t bother him of course. The water actually wasn’t all that cold, and after the initial surprise of it he was off, flying across the sand.

He was drawn to the stones that lay scattered across the beach, fascinated by the little pools that formed around them where his toes would disappear if he got too close. 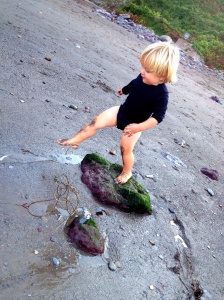 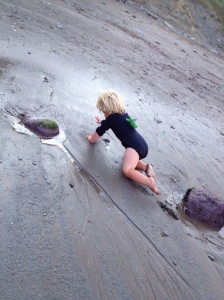 It was just what he needed to be honest, just what we all needed – a bit of freedom and mess and a break from playing by the rules. 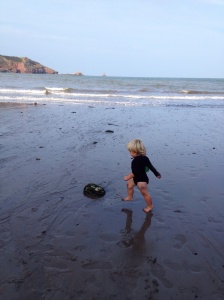 We did draw the line when it looked like he was going to tackle those waves again. Next time we’ll make sure we’re better prepared, even if it is September…

But for this trip it was time to strip off his soaking wet clothes, attempt to dry him with my jeans and bundle him up in the sling ready for the climb up the steps and back to the car. 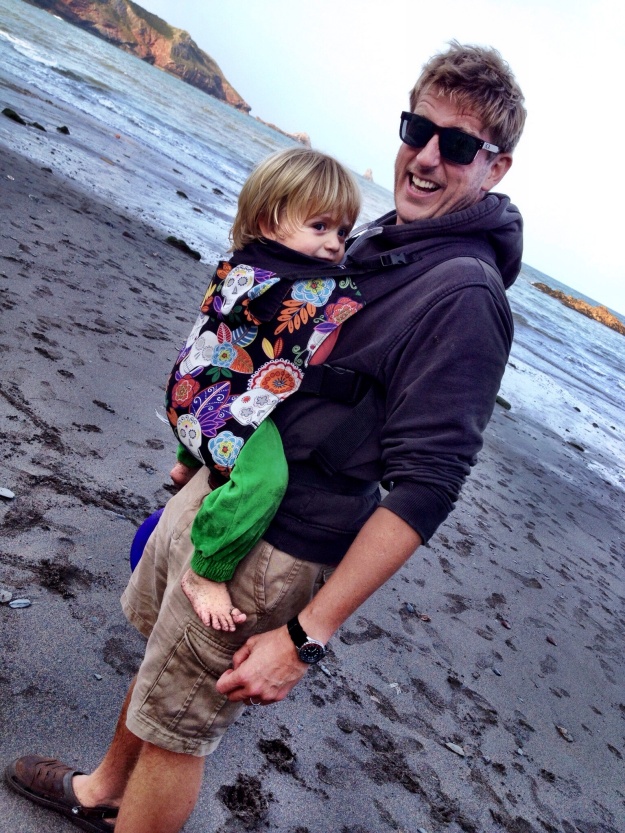 We all ended up covered in sand, but there was definitely no sign of those cobwebs.

7 thoughts on “An unexpected dip”