Fuelled by his books and his soft toys and his developing penchant for David Attenborough, Arthur is becoming increasingly interested in animals. So with a couple of hours to spare yesterday afternoon we thought we’d wrap up warm and take him to the zoo. 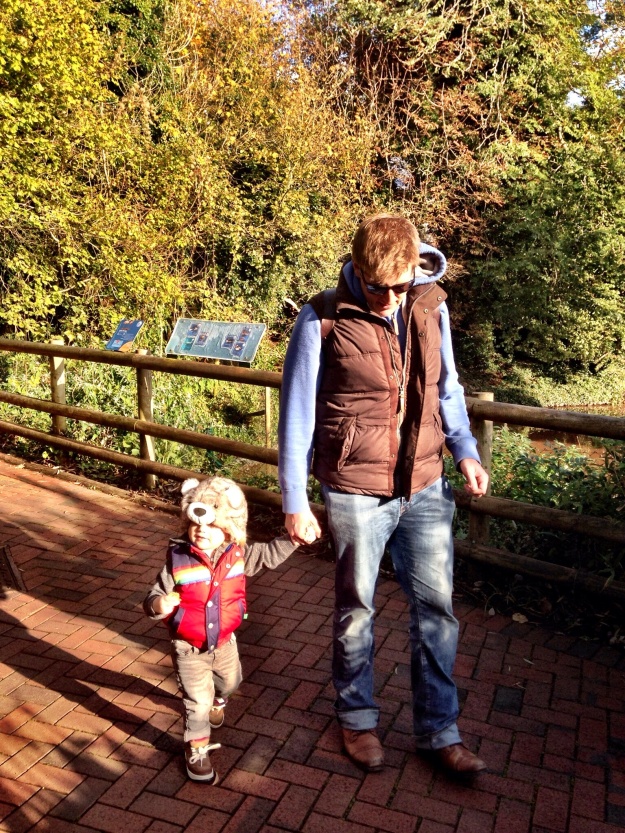 I’ve written about how much we love Paignton zoo before, but this was the first time we suggested a trip and Arthur became excited just with the anticipation of it. And his excitement grew and grew once we were inside.

We saw tortoises (that Arthur insisted were turtles) having their lunch.

And a crocodile (that Arthur insisted was a dinosaur) having a nap.

We saw lots of different types of monkeys, doing all sorts of monkey-type things. The monkeys are Arthur’s current favourite of Attenborough’s topics, and the one he asks to watch most often.

But best of all was a very patient goat, who Arthur was thrilled to get up close to and who very kindly let Arthur give him a hug. 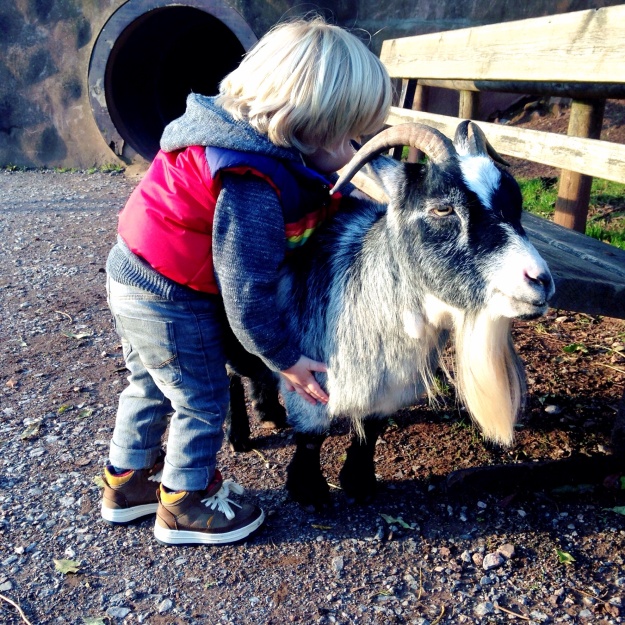 All in all it made a small boy very happy, and I will definitely be taking him back again to see the animals very soon.

Orson holding the space ready for the awesome mother makers of Exeter! 💓✊✨
An awesome 24 hours with awesome friends ❤️ I guess it kind of makes sense that our kids get on as well as they do, but with 25 years of shared history behind us it still feels pretty magic ✨
This has not been much of a month for sea swimming (thank you weather) but today as I was getting ready to sit down and write I decided I could wait no longer. It was all a bit edgy: blustery and bitingly cold, with the pull of the waves not always on my side. But I made it in! And it felt incredible 🙌 🌊 💙
This kid loves his showers... 💦