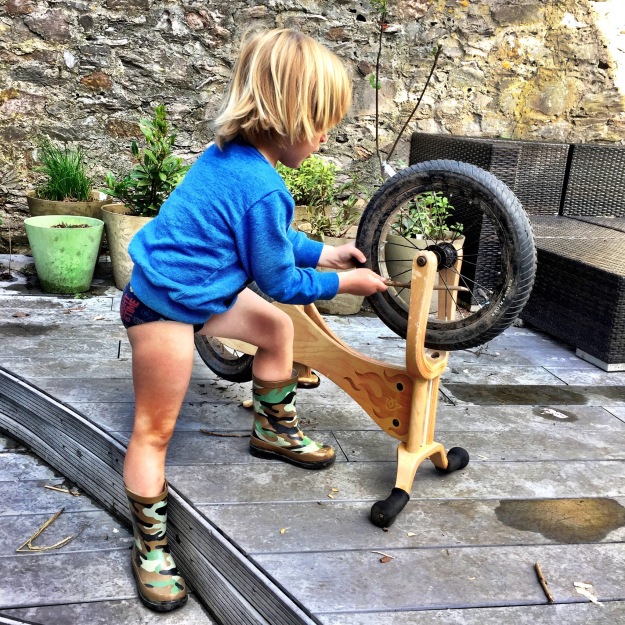 We have had a day of ‘getting things done’ today, which has meant that for much of it Arthur has been left to his own devices.

But today, with Leigh and I busying ourselves with organising and tidying and planting, he has been a little star.

I found him at one point this afternoon with his balance bike upside down, bits of twigs strewn around him. I asked what he was doing, and he told me he was using his bike as a stick cutter. Obviously.

I’m still not entirely sure what that meant, but he was clearly utterly absorbed in experimentation. And rocking quite a cool outfit too…