Arthur loves purpose-built play areas as much as the next kid, but it’s watching his growing confidence as he interacts with the natural world that really makes me smile.

He is especially keen at the moment to clamber around on rocks. The seawater pool that I help run is perched (when the tide is right) on the most incredible coastal moonscape, and whenever we venture down there Arthur is desperate to climb.

I had a meeting there yesterday, and unusually was organised enough to leave early so that Arthur could have a serious play before he had to sit and listen to me discuss pool business. Even though the tide wasn’t super low, there was still plenty of the rocky terrain exposed for him to have a good explore. In fact the encroaching sea forced us to explore round the corner a little bit further than we usually venture, which I couldn’t help but find fascinating too.

Arthur’s main objective was to practise being Spiderman – running across the uneven ground and leaping over gaps between the stones. I had to bite my tongue even as my heart was skipping beats at times – and in doing so found myself marvelling at his ever-increasing agility and balance. 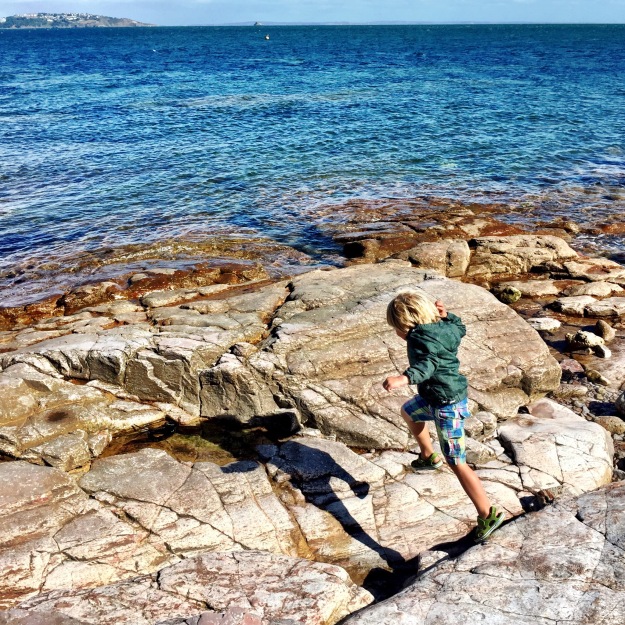 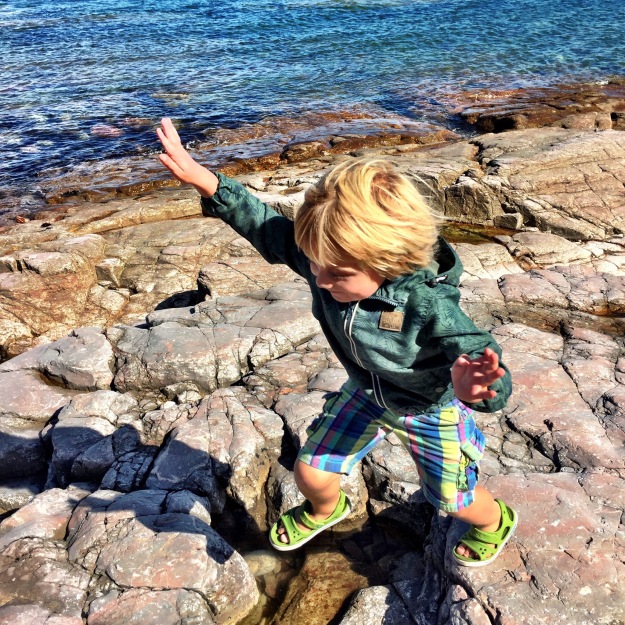 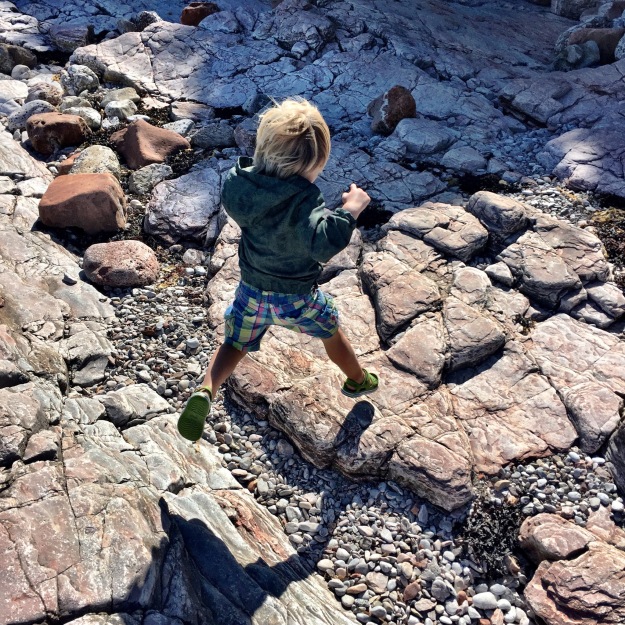 He loves his gymnastic class, but there is something about the irregularity of this natural playground that really pushes him to the limit I think.

And he did, at one point, fall. He grazed his knee and hurt his finger – not badly, but enough to force him to pause for a cuddle. And then he ventured down to the rocks again – not leaping so confidently this time, but slowing down to notice the rock pools and the seaweed. 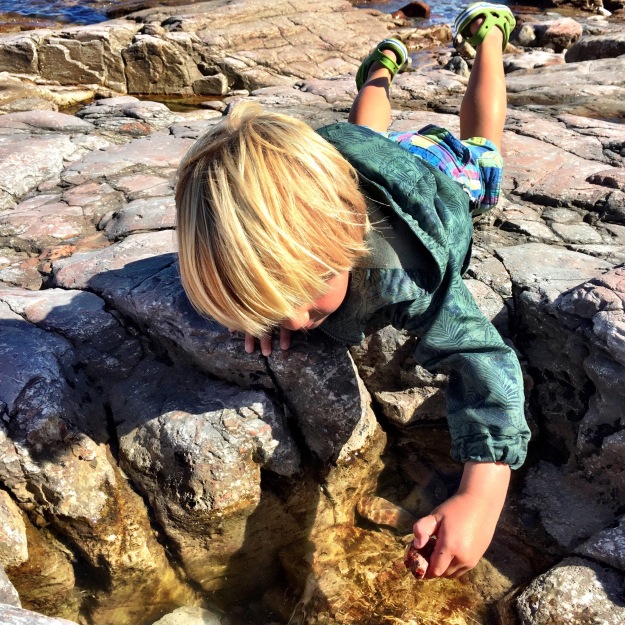 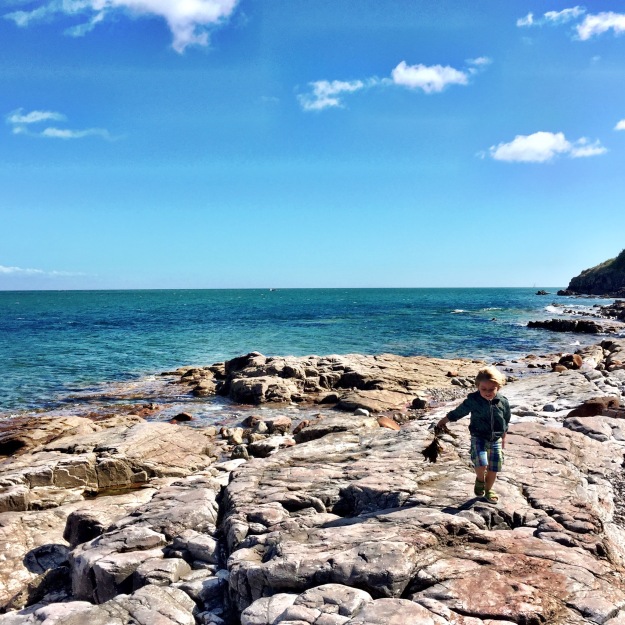 It was one of those moments when I could not help but revel in the beauty of the place that we call home, and swore that we would do this every day – just get out and breathe in that sea air, communing with the landscape that we are lucky enough to have on our doorstep.

It’s not always easy as the storms roll in and the days become darker, but there really is no better place for us to learn.