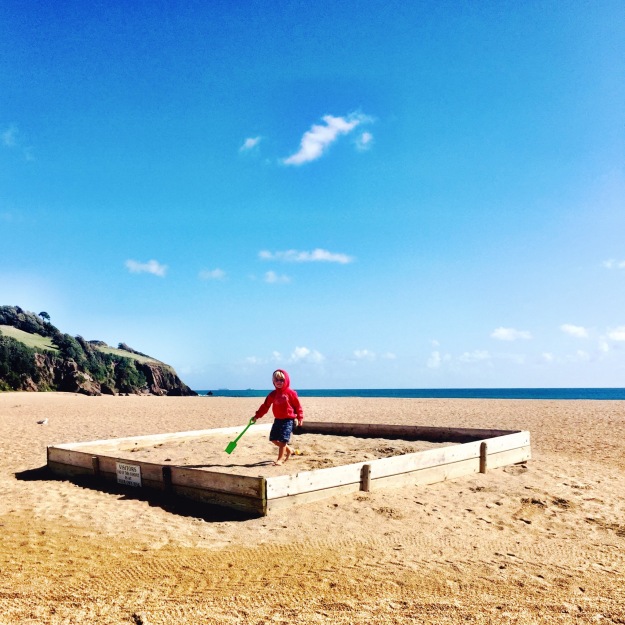 It has always struck me as a little odd, having a sandpit on a beach.

This beach is full of shingle though (despite, as Arthur pointed out, being called Blackpool Sands). It’s a beautiful spot, but sometimes a boy just wants to dig.

And swim: the waves were rolling in, but we were playing in the sea not long after this picture was taken.

Not bad for nearly the end of September.