One of my very favourite things about Halloween this year was the week-long dress-up fest that preceded it.

Arthur had decided some time in advance that he wanted to be Luke Skywalker on the day. Not for any particularly special occasion you understand – we weren’t going to a party, or ‘trick or treat’ing – but just because it was Halloween, and so he could. Daddy was going to be Darth Vader, and I would be Princess Leia. Totally fine by me.

As Halloween approached, Arthur basically decided that he needed to be in fancy dress whenever we left the house (or even if we didn’t).

So he was a bat in the woods at Occombe farm… 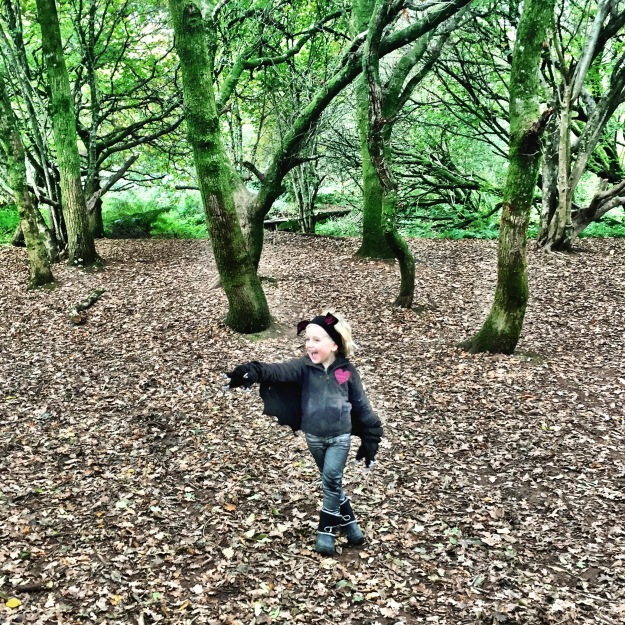 And a spaceman for an organised foraging walk we went on.

(It was a particularly apt outfit for exploring the new adventure playground at Dartington when we were done).

This might not seem like too much of a big deal: three year old, any excuse for a costume, pretty standard. But it took AGES before he was even vaguely interested in fancy dress, and so it still has a certain novelty value.

More than that, too, his dress up games are now imbued with the wonderful imagination that is blossoming in him, and he embraces the characters he takes on with gusto.

The highlight of our Halloween adventures was a walk up to Berry Head – in costume of course. I had a meeting at the pool on Sunday morning, and Leigh and Arthur came to meet me there – in costume and clutching their lightsabers.

(These lightsabers are worth an aside themselves. I made one for Arthur a while ago using a bubble wand, and whilst it was pretty cool it way no way nearly as awesome as the discovery he made whilst I was raiding our fancy dress boxes for other props… He found the ten-year-old pop up lightsabers with lights and sound that Leigh had bought for himself and his brother and squirrelled away for his future son. And boy was his son excited.)

Arthur led us through the overgrown pathways up on the headland, taking his mission very seriously until we reached an open space. And then he took great delight in lightsaber duels with anyone who was interested (quite a few random kids as well as just his dad it turned out). 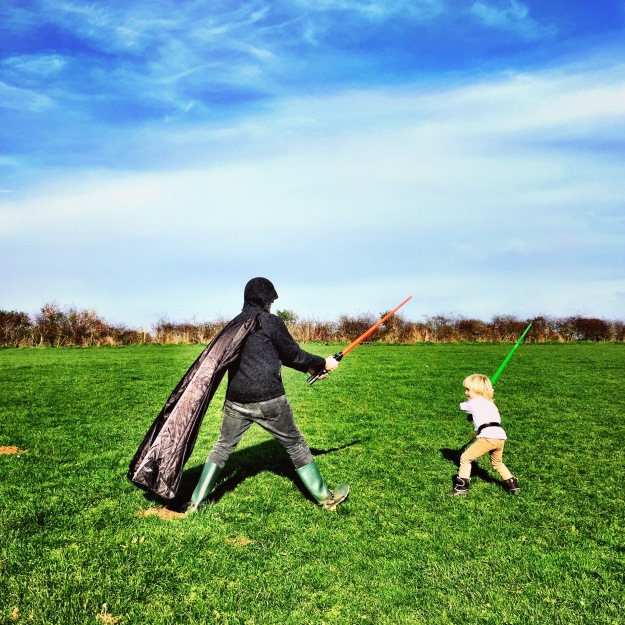 By the time we headed for home, and lunch with Arthur’s best mate, he was brimming with excitement and adventure.

Amazing how being in costume can transform your experience of well-trodden paths. And it’s Christmas soon, right? Cue all sorts of festive role-play…