For the last two summers, Arthur’s interest in sand hasn’t extended much beyond eating it. So you can imagine my relief (and Leigh’s delight) when on our recent holiday to Crete he began to understand the pleasure to be had from building castles in the sand. 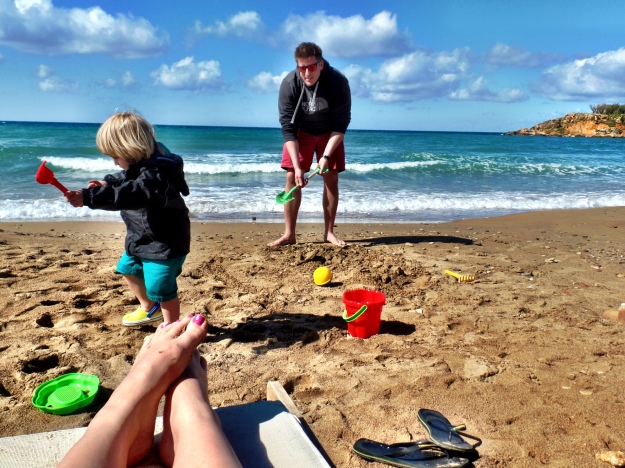 Many a day would begin with me lying back in the sun with a book (pretty much my idea of bliss) whilst my boys readied their tools and began the digging and water gathering and moulding that would culminate in a majestic castle.

Arthur grew very attached to his little bucket and spade set, and would not go to the beach without it. 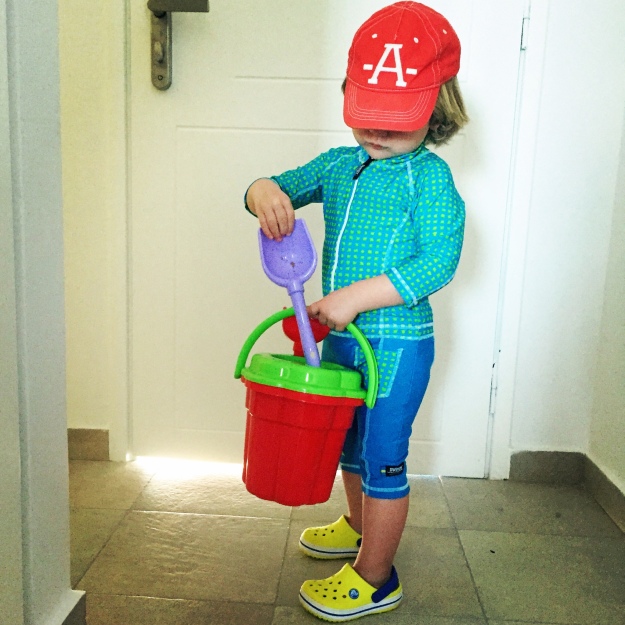 He especially loved anything to do with water. He was fascinated by a little water wheel he found that became the mechanism for filling the channel to the moat, and very amusingly got attached to a broken bucket, not quite understanding why it was always empty when he returned from filling it up in the sea. 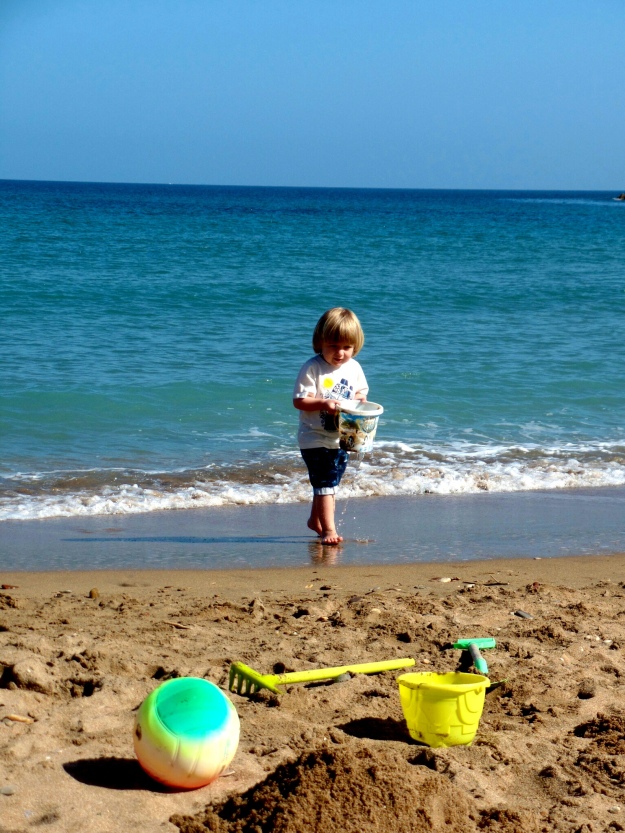 I was not super keen on the whole getting covered in sand part, but I couldn’t resist getting involved at the exterior decoration stage. There’s something about moseying along at the water’s edge collecting pretty shells, stones and sea-worn glass that transports me right back to my childhood.

And as for Leigh – he was there! Totally rapt in the task, enjoying the banter and admiration it invited from other dads. His piece de resistance was an Arthur-sized sand car, which drew quite a crowd of curious toddlers before being washed away by the sea.

I think the inherent transience of sandcastles is a big part of their appeal – you’re working with what nature has to offer, albeit with the help of a few man-made tools, shaping it into structures that spark the imagination. And then before the next day comes the sea has reclaimed its wares, leaving behind a fresh slate for you to begin again.

I have a feeling there will be many sandcastles in our lives this summer, and I’m looking forward to seeing what else Arthur and his daddy come up with…