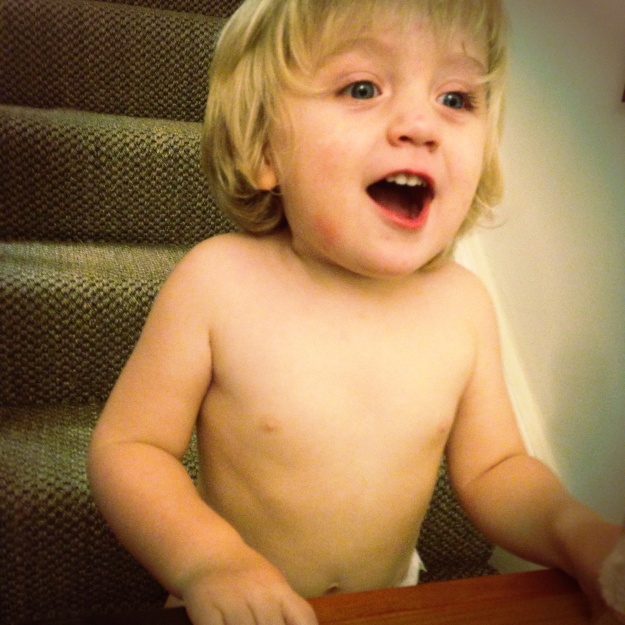 I don’t know whether Arthur’s just been infected by the festive spirit, or whether his memory and his linguistic skills have reached the perfect level to let the lyrics flow, but suddenly this week Arthur seems to be taking any opportunity to break into song.

There has been more music playing than usual (though we’re usually a pretty musical household anyway) and with Christmas coming his Music with Mummy classes have been especially good fun. And he’s just been amazing me with his ability to remember not only the words, but also the gist of the rhythm and the melody.

I have to admit I’m generally pretty impressed with Arthur’s words. His vocabulary and syntax are improving every day, and it is now entirely possible to have a conversation with him if the topic tickles his fancy. I’ve been meaning to write a post for ages to try to record this fascinating stage in his development, and have resolutely failed so far. So I might just record for posterity the lyrics he’s been singing for us this week.

We’ve had, almost word perfectly, ‘twinkle twinkle little star how I wonder what you are’, inspired I think by our sparkly Christmas tree. One of his very first words was ‘star’ actually, about this time last year. Amazing to think how far he’s come.

Continuing the festive vibe there’s been ‘jingle bells jingle bells… all the way’, a slightly curtailed version which reminds me of his birthday greeting which until recently he shortened to ‘happy to you’ – actually a rather lovely sentiment really. The economy is also reminiscent of his re-telling of ‘this little piggy’, in which all the pigs get roast beef.

Then, from Music with Mummy, there’s the pudding song – sung to the tune of ‘wind the bobbin up’, possibly his first favourite song now I come to think of it. We get ‘stir the pudding, stir the pudding, mix, mix, chop chop chop’, though sometimes he skips the mixing for the chopping. He tends to skim past the next bit to get to ‘lick the spoon it does taste nice’. Too much baking with Daddy methinks…

And whilst on the subject of Daddy, I got back from a governors meeting last night to be welcomed by Arthur singing ‘you’re so money, honey’. I think I may need to monitor them a little more closely!

There are others, but just typing these little snapshots makes me smile so thank you for indulging me. I love that Arthur loves music, and I’m looking forward to continuing to hear him find his beautiful voice over the weeks and months to come. 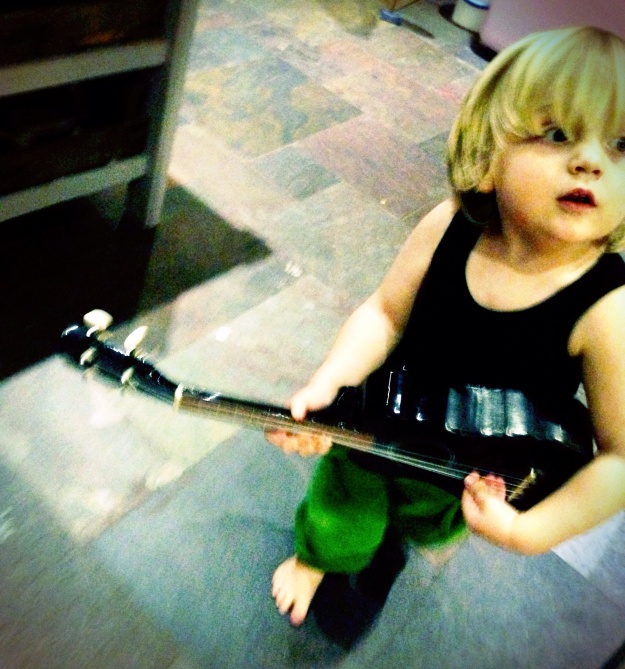 It is time to listen, and to learn, and to act. And to repeat until there is no more work to do. For now there is plenty - in our minds and in our communities. This week I will be muting my voice across social media and using this space to raise up the voices that need to be heard. . . . Thank you to @blackandembodied and @jessicawilson.msrd for the inspiration. . . . #mutethewhitenoise #amplifymelanatedvoices #mutedandlistening
This one stayed up late tonight for the SpaceX launch and a toddler free dinner before snuggling down by the fire🔥 We’re sleeping in the tent so I really should bundle him up, but watching him doze never gets old (plus Barney is going to be really grumpy when I move him...) 😼
Such a blissful couple of hours by the River Dart this morning ✨ I always feel more confident swimming in the sea, but the river never fails to reward a little bit of bravery 💙
Wild strawberries and favourite books 💚 Whiling away these crazy lockdown days ✨