When I was a teacher, I was always more than slightly alarmed to see teenagers clutching litre bottles of cut price energy drinks as they arrived at school in the morning. Sometimes this was supplemented with a packet of crisps, but either way I doubted it was going to do much to set them up for a day of learning.

Just by talking to kids about their breakfast habits, it was clear that there was a strong correlation between a healthy and nutritious morning meal and the ability to focus, study and learn – something that has been confirmed by numerous studies over the years.

It is a sad fact that one in seven British schoolchildren go to school without having eaten breakfast at all, but when you look at Africa the figures are even more stark. Research has highlighted that about a third of people in Uganda and Rwanda are gravely undernourished – an estimated fifteen million people. For children, this becomes yet another factor which holds them back from reaching their full potential.

It is for this reason that Send A Cow has launched the Break… Fast Appeal which aims to raise £500,000 to give children in Africa a better start to their days and to their lives. And as part of this appeal they have launched a fantastic free recipe book, ‘The Most Important Meals of Their Lives’, which is available online here and captures in stunning images the food that fuelled the achievements of some of the greatest people in the history of humankind.

From Winston Churchill to Rosa Parks, from Florence Nightingale to Nelson Mandela, this intriguing and inspiring book offers an insight into the meals that created history. And not only that, the clear and straightforward recipes offer you the chance to recreate the meals for yourself.

I rather like the look of Cleopatra’s Ancient Egyptian bread sweetened with honey and dried fruits.

Someone else who was keen on a starchy start to the day was Jane Austen, with her breakfast of bread and cake accompanied by tea and cocoa. 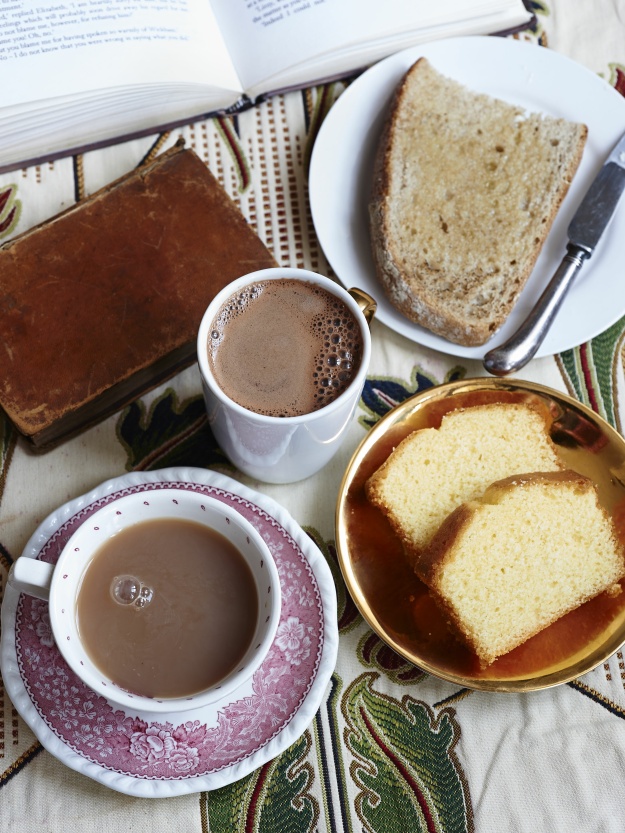 Or perhaps you’d rather go for something a little more savoury, like Charles Darwin’s feast of game and eggs?

Whatever your tastebuds crave in the morning you’re bound to find something in this book to tickle your fancy. I’m certainly looking forward to trying out some of the recipes as an alternative to our breakfast staple of porridge and fruit.

But this is more than just a recipe book. It is a fantastic educational resource that could be used at home or in school not only to raise awareness of the importance of breakfast for children in Africa, but also to spark off conversations with young people about how they start their day. Perhaps by exploring the meals that their heroes enjoyed, teenagers might be encouraged to rediscover this essential meal for themselves – who knows, it might just be enough to release the potential of the people who will shape our future just its subjects have shaped our past.

You can find out more about the appeal and download your copy of the book at www.sendacow.org.uk/breakfast. Whilst the book is free, there is a suggested contribution of £2.50 to the appeal. The UK government are doubling all donations made until the end of June 2014, meaning that your £2.50 would provide enough to support an African child for a month. For £30, you could support a child for an entire year! Now that’s a lot of breakfasts…

4 thoughts on “The most important meal of the day”