This week, Arthur and I have been hanging out in London. We were going to be up for the weekends anyway, with two family birthdays to celebrate, and as Leigh had a big exam this week and I had lots of friends to catch up with it made sense to stay in between. It was a little bit daunting – my parents were around last weekend, but after they headed back to Devon on Monday it was just me and the toddler. It turns out I needn’t have worried at all – we’ve had a brilliant week, and Arthur has taken everything in his stride.

We’ve traversed the city to touch base with some of my oldest and bestest friends, meeting new babies and hanging out with growing toddlers. Arthur has really impressed me by his ability to share and play nicely, and he’s enjoyed the journeys as much as anything – there have been lots of trains and tubes and buses and escalators to ride. 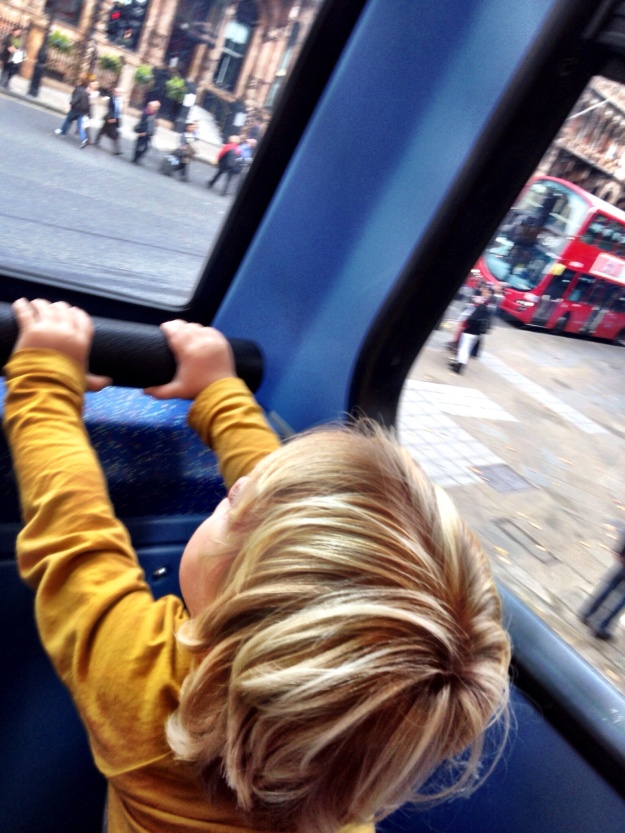 Possibly his favourite place has been the London Transport Museum, where he marvelled excitedly at the wide range of vehicles to admire and play with – more on that to come!

We’ve made the most of all the different cuisines available to us, managing to fit in Vietnamese, Spanish tapas, dim sum and Italian – and sushi on the South Bank before Arthur’s first cinema experience.

There’s been other culture too – architecture and street art and busking. I’ve missed the vibrancy of London, the sense that there’s going to be something new and exciting to see every time you turn the corner.

We haven’t entirely avoided the shopping, though I suspect on the whole I’ve enjoyed that more than Arthur. But he’s valiantly offered to carry my bags. And we did brave Hamleys, which wasn’t actually as bad as I feared. 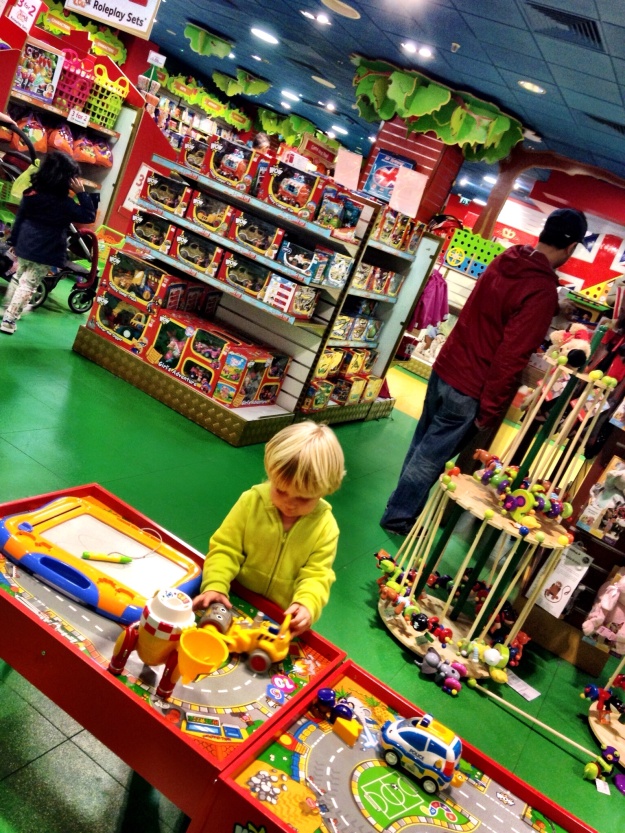 Arthur hasn’t got to play outside as much as he normally would, but we did have fun embracing autumn (and trees) in Hyde park, and found a brilliant play area yesterday where he could let off some steam. 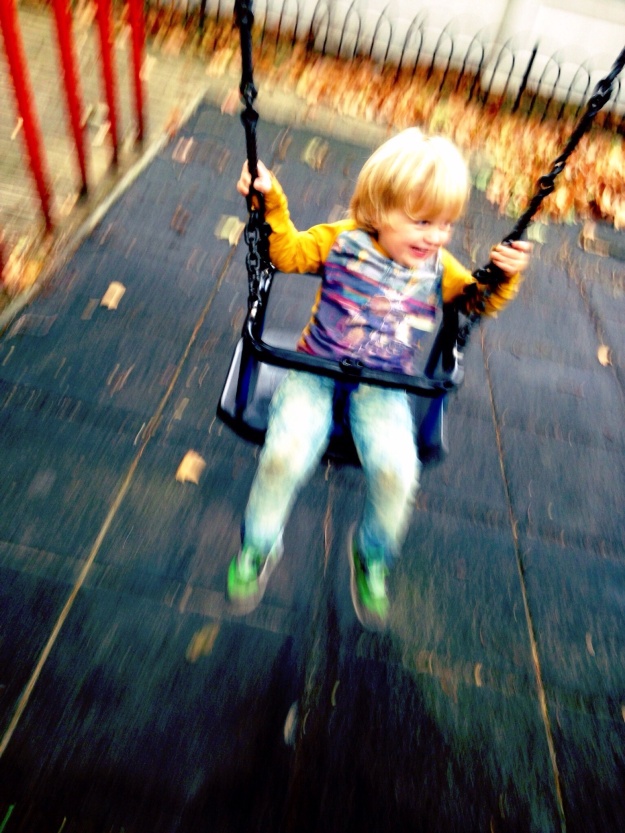 Although we’ve really enjoyed each other’s company, there’s no doubt Arthur’s missed his daddy too. He’s kept up with him through photos and hilariously surreal conversations on the iPad.

It hasn’t been quite the same though, and Arthur was very excited when he got to see him in the flesh last night. We both were.

We’ve got one more day in London, and by tomorrow I think we’ll be more than ready to head home. There’s lots to love about the buzz of the big city, but I’m very much looking forward to seeing the sea.

6 thoughts on “Word of the week: London”